Pol'and'Rock Festival is a massive music event which traditionally takes place at the beginning of August in Kostrzyn nad Odrą in western Poland. The entire Festival is an intricate web of unique moments and experiences. The Festival is in tune with tradition, and it looks towards the future, which is built of the ideals of tolerance and freedom. 'W' Hour, which a solemn moment of remembrance of heroes who have lain their life at the altar of freedom, fighting against Nazi occupation in Warsaw is when we stop to remember and reflect. It is not only a pivotal moment in Polish history - it is one of the focal elements of European heritage. It represents a commitment to freedom and a refusal to accept the dictatorship of hate. This moment is much more than a display of respect for national heroes and show of patriotism - it's when we actually are forced to think about the fact that our freedom has been won on the battlefield and that we have to protect it.

We commemorate the 'W' Hour as a manifestation of the ultimate sacrifice of people as young as 13 made in the name of freedom. Sixty-three days of the bloody fight against the overwhelming forces of the occupant are a controversial point in Polish history. Still, one remains doubtless - the freedom fighters died so that we could live in a democratic, free society. So that we could enjoy music so that we could love who we choose to love, and decide about our life. We must honour their memory and pledge not to forfeit their dream of Poland, which is built upon values of tolerance, respect, and democracy.

'W' Hour is when the entire buzzing festival field stops - and for 60 seconds, a sound blaring siren fills the air. We stop, stay still and reflect on what freedom means for us, a generation that has been lucky to sample huge breaths of freedom. 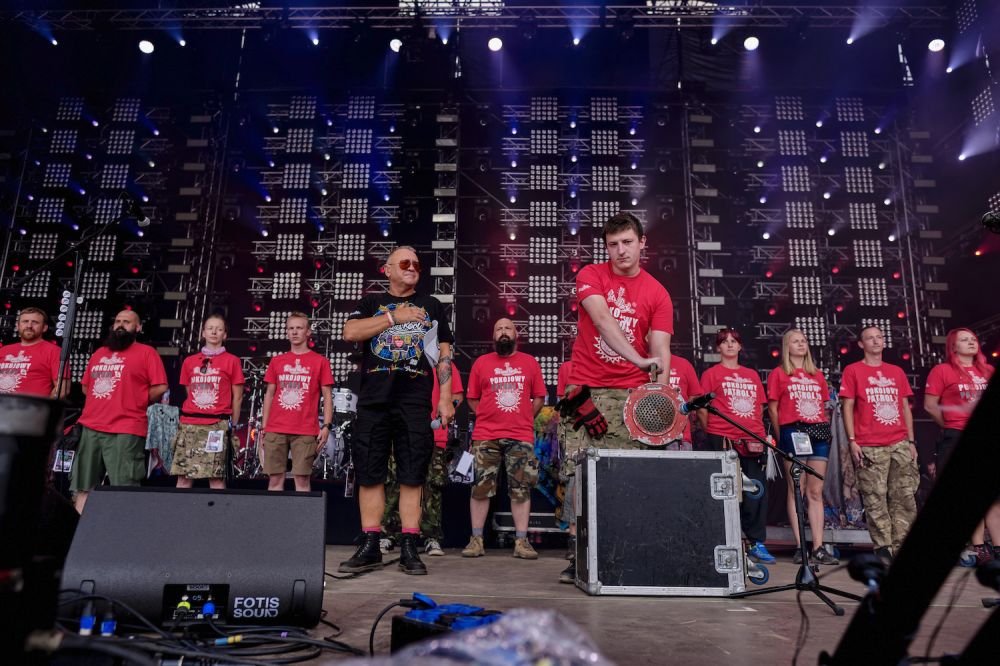 This year, the commemoration of this fated moment in European history is particularly symbolic, because the festival studio is located just a few miles from the centre of town which saw the battle unfold on its streets. Let's stop, pause - and reflect.